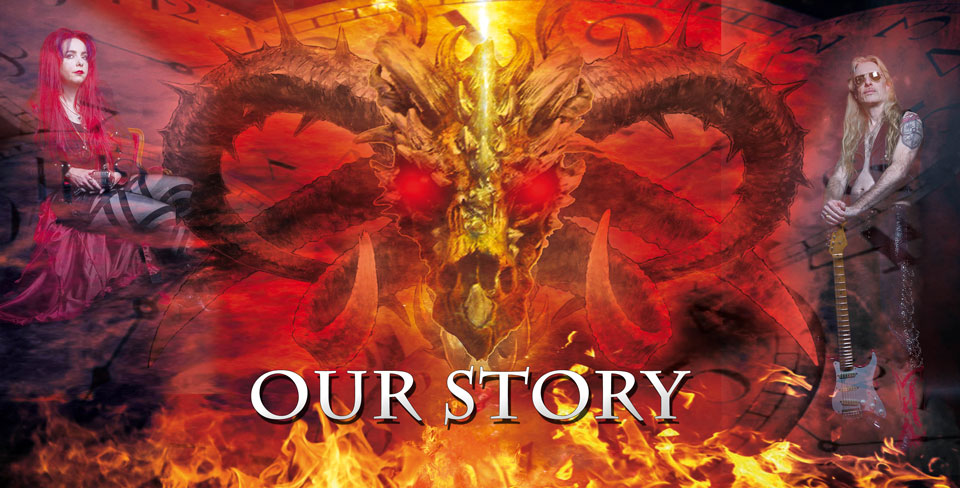 or: "(Who cares) how we met and founded WICKED PLAN?!"

Natali and Dan met in summer 1995 in Berne/Switzerland by chance, when Natali's sister was looking for a Rock guitar teacher and... Dan was giving guitar lessons! Lucky girl \m/

A couple of months later Natali and Dan found out that both love 80ies Hard'n Heavy sound. At that time, Dan lead his Hard Rock band „Double 0 Zero“ as guitarist and song writer. While Natali was writing and recording her own music too, which was kind of a thrasy underground Metal with spooky organs and hard rocking drums 🙂

So what lies closer at hand than to join forces!? Dan and Natali decided to move together musically - and a couple of month later also in private live. With that the foundation was laid for WICKED PLAN.

Natali was already heavily influenced by Iron Maiden and singers like Bruce Dickinson, Ronnie James Dio and Rob Halford. She also brought in her strong interest in phantasy stories... now you know why so many WICKED PLAN songs deal with dragons, kings and wizards! 🙂

Dan on the other hand was - beside 80ies Hard'n Heavy - more into Classical and Oriental music. He contributed riffs in an early Megadeth, Metallica and Dokken style, combined with Yngwie Malmsteen/George Lynch influenced soloing. In 2015, after the OUT OF FIRE album, Dan started to write first Orchestral parts for each song (the band had no rhythm guitar player for the gigs) and with that, the final style element of WICKED PLAN came into play: the Orchestra.

So WICKED PLAN's style evolved over time to an extraordinary mix of 80ies Hard'n Heavy riffs and shredding, with truly powerful vocals and strong Baroque/Neoclassical melodies.

We provided this summary for those of you interested in WICKED PLAN's story and music. 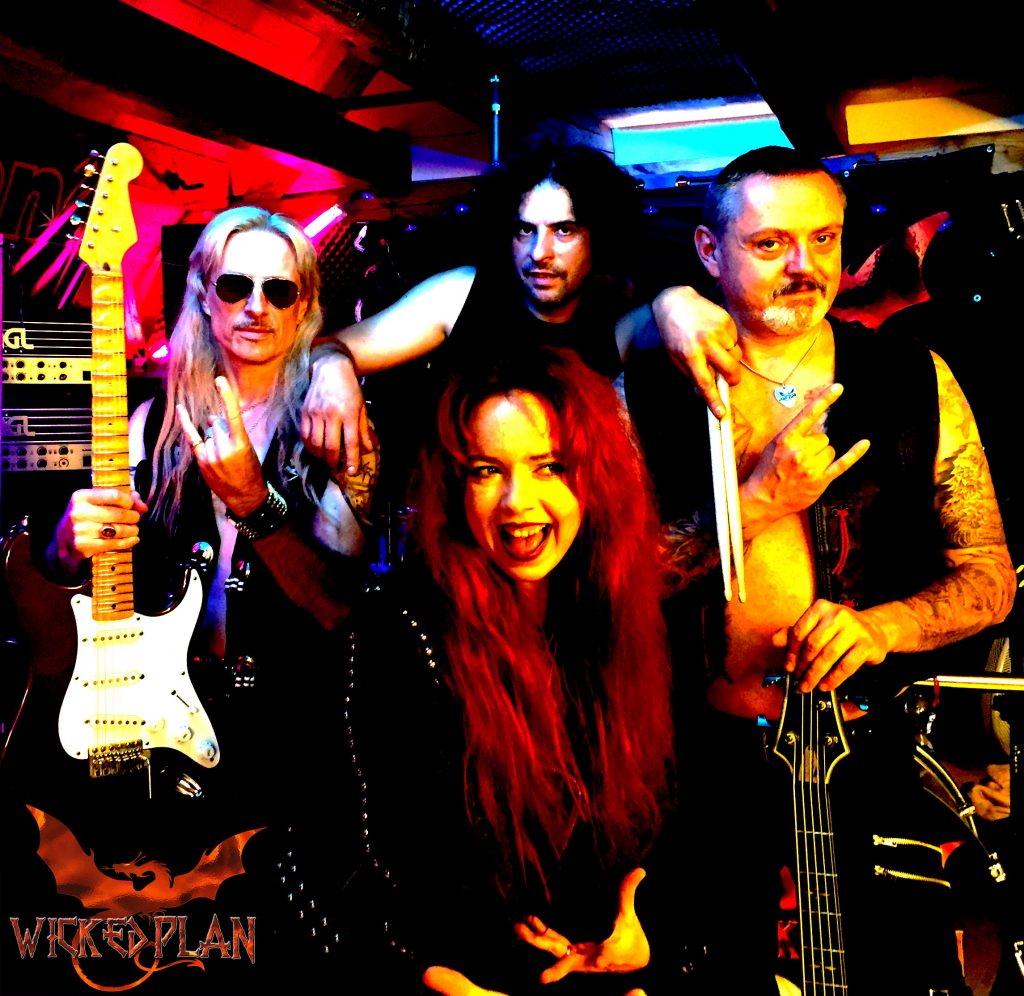 The NEW monster video of the upcoming album LAND ON FIRE
Check it out & Bang your head!

„I have always been fascinated to sing Heavy Metal with a hard sound - like many men and strong singers do. And with WICKED PLAN I can live it out finally. "A female singer can hardly produce the typical metal frequencies and sounds before she is able to sing with the technique of a male singer!" Because in the end she has to win the battle against rattling drums, a pumping bass and screaming guitars!“

Natali has studied music and vocals in the Academy of Contemporary Music (ACM) with Tommy Lion (ex-Drifter, Stormhammer, ManAPrime) and has also recorded with Tommy Lion.

Natali offers vocal lessons and vocal coaching (via skype) and is currently working at TRITONE School of Music. 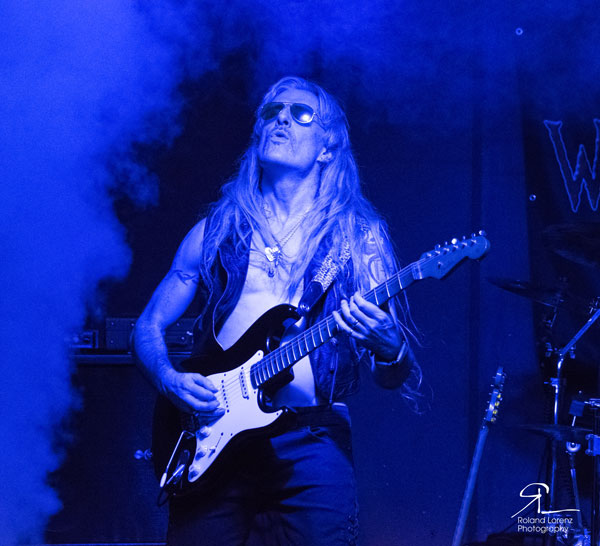 Dan is a founding member and the composer/guitar player of WICKED PLAN. Inspired by musicians like Yngwie Malmsteen, George Lynch and the great composers of the Baroque era, Dan is creating an artful mix of melodic Heavy Metal, 80ies Hard Rock and Baroque/Neoclassical elements.

Beside Dan's composition skills, his biggest capital is the intensive and expressive guitar playing.

Dan was "Artist of the Month" on Guitar9, the - at that time - biggest portal for instrumental guitar music. Shortly afterwards Dan contributed his interpretation of the song „Dweller in the Cellar“ for the Japanese release of the Jason Becker Tribute album.

„Electric Storm“ was Dan's first solo album. Then he started working with Natali on the Exotic Metal projekt „Queen of Nile“.

Dan has a "Professional Guitar Performer" diploma from the US SCHOOL OF COMMERCIAL MUSIC and has taken guitar lessons with Victor Smolski (ex-Mind Odyssey, ex-Rage, Almanac).

Since the early 90ies Dan is providing guitar lessons, currently for the TRITONE School of Music (via skype and locally in Switzerland).

For more information about Dan visit www.dankeller.com or follow him on www.facebook.com/DanKellerMusic 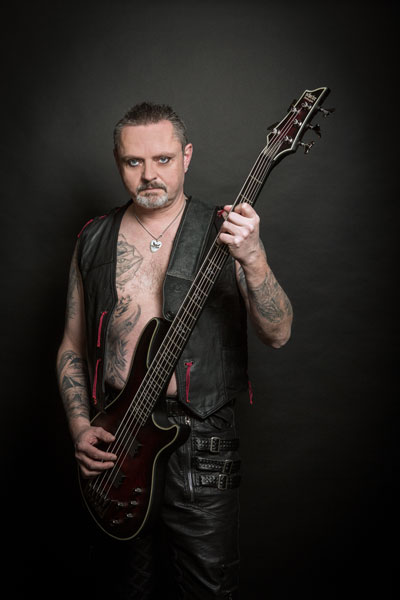 Even as a child, Ed had a special sensitivity for low frequencies. "That's what I always hear first, and what affects me...". It must be said that he was rocked with the sound of Deep Purple, Black Sabbath and Uriah Heep. "This helps !!!"

As a teenager, while he studied classical guitar and jazz bass at the Conservatory of Fribourg (Switzerland), Ed made his debut in Hard Rock and Heavy Metal. Strongly inspired by Steve Harris of Iron Maiden, he developed his play technique, his sense of harmony and the melodic use of the bass guitar.

After 20 years of playing with blues, hard, heavy & thrash bands and several concerts, he devoted a great part of his time to solo music and experimental sampling.

Ed entered WICKED PLAN in early 2016. He brought a new tone, drive and presence to the songs - powerful and melodic at the same time.

Beside music, Ed is an avid motorcyclist and a true tattoo addict. Ask him, and he will show you some ... maybe!!! 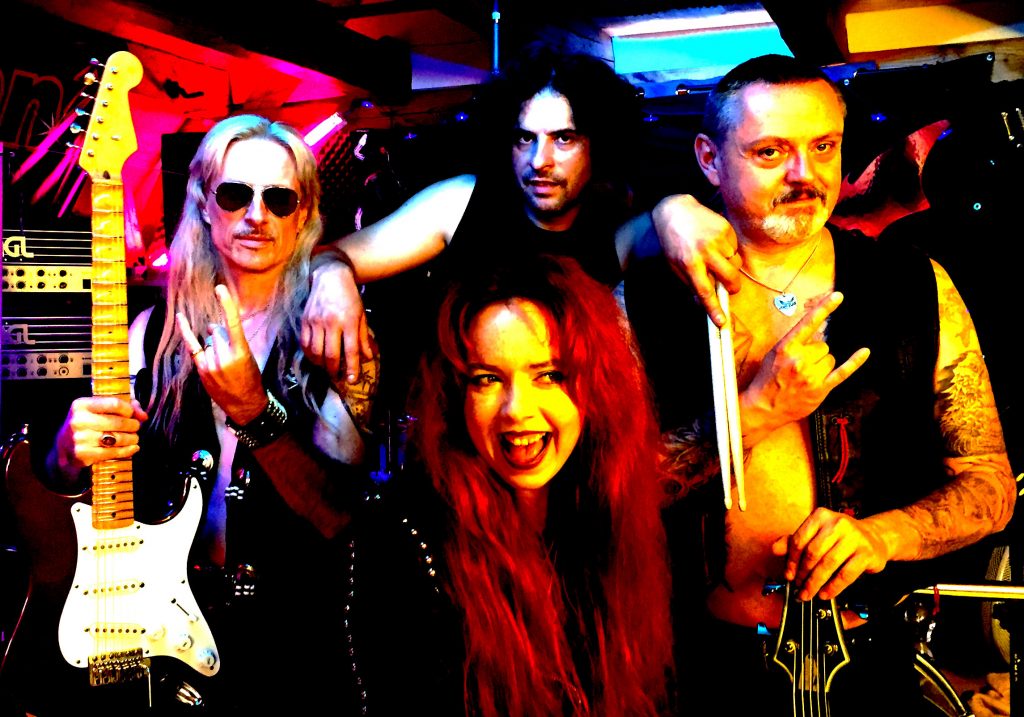